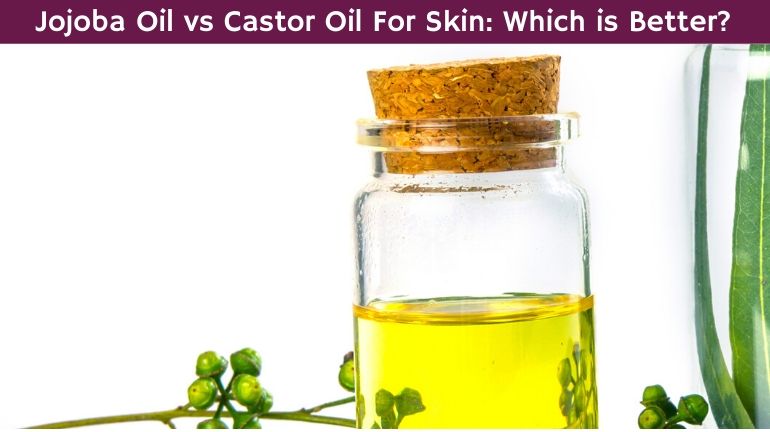 Jojoba oil and castor oil, both are used on the skin to make it moisturized and glowing. But if given a choice between the two, which one is better- jojoba oil or castor oil? That’s what you are going to find out in this article: Jojoba Oil vs Castor Oil For Skin. Read on to find out which oil you should invest in.

Jojoba Oil vs Castor Oil For Skin: Which is better?

When comparing jojoba oil and castor oil, it is important to note that jojoba oil’s skin benefits are scientifically-backed while the studies on castor oil have been found inconclusive. Jojoba oil is used in sunscreens too, while castor oil does not have any such photoprotective properties. Jojoba oil mimics the texture of sebum, hence it can be used by people who have oily skin. The same cannot be said for castor oil, as it can leave the face feeling greasy.

Thus, we can conclude that in the jojoba oil vs castor oil battle, jojoba oil is the clear winner. Now let’s see how you can use jojoba oil for your skin.

How To Use Jojoba Oil For Skin

1. Jojoba Oil As A Moisturizer

This site uses Akismet to reduce spam. Learn how your comment data is processed.